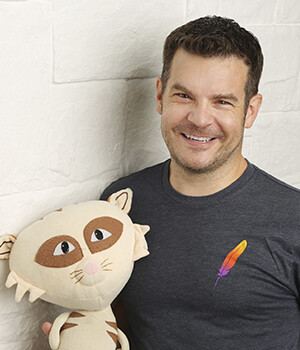 As a son of an electro-engineer, I had my first contact with first Siemens PLCs at about the age of 7. However my passion guided me to study Computer-Science instead. There I always had more fun when real things interacted with the real world, compared to doing virtual stuff in the cloud. In 2017, I had the luck and opportunity to initiate a new Open-Source project which aimed to simplify accessing the data in industrial hardware, with an open-source license which allows commercial usage. This project pretty soon became Apache PLC4X. Besides Apache PLC4X I am currently investing my free time for other – mostly Apache – projects: Apache StreamPipes, Apache IoTDB, Apache Royale, Apache Mahout, Apache Training. I am also strongly involved in the Apache Software Foundation and active in the Incubator – helping new Open-Source codebases become vibrant projects with great communities.